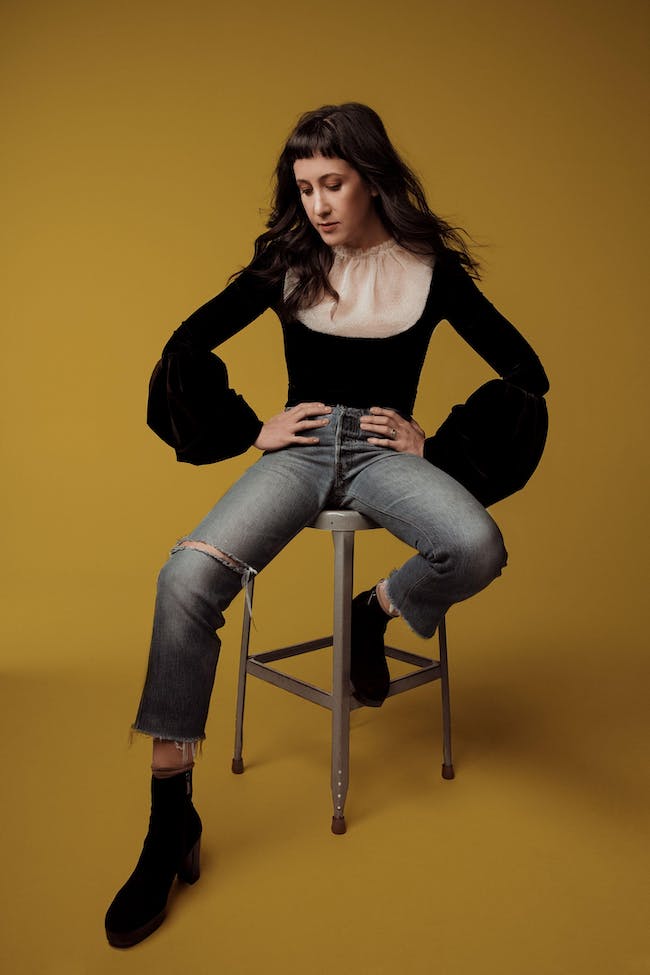 "Always building up, falling apart. Love is an art," sings Vanessa Carlton on the title track of her sixth album, Love Is An Art. Like the record itself, the song is a meditation on the eternal seesaw that is human connection: the push, the pull, the balance, the bottoming out. It's that constantly evolving nature of love, expectations and compassion that Carlton analyzes from all angles on Love Is An Art, from romantic, to parental, to the friends that hold us up and the leaders that repeatedly let us down. And on tracks like the album's opener, "I Can't Stay the Same," that also includes the relationship with the person staring back at us in the mirror, each and every morning.

"Love is the energy you put out into the world," says the Nashville-based Carlton, who was inspired in part by the 1956 book The Art of Loving by philosopher Erich Fromm, and by stories and struggles both in her interior world and the world around her. "And it can be so incredibly messy at times."

Produced by Dave Fridmann (MGMT, Flaming Lips), Love Is An Art finds Carlton reckoning with toxic relationships (the confessional "Miner's Canary"), eternal partnership ("Companion Star") and the children who fill the world with love and grace while politicians fill their pockets (the passionate "Die, Dinosaur," written after the shootings in Parkland, Florida). And true to Carlton’s skill as both a lyricist and an instrumentalist, the arrangements on Love Is An Art tell these tales as vibrantly as the words themselves: piano parts that speak of rage and tenderness, synths that burst and glow like dawn.

Love Is An Art doesn't just explore connections – it was also born of one. Carlton wrote the album with the acclaimed Nashville-based singer-songwriter Tristen, camped out and working while her daughter napped. "This record is about being out of my comfort zone," says Carlton. "What's going to happen when we do things that people assume are not naturally a match, like working with Dave Fridmann? I loved the idea of working with someone who’s known for a palette that isn’t associated with me, but it was a fit the second we started working together. Or what could happen when I sit with another writer, and just collaborate?"

The result is an extremely dynamic LP filled with sticky melodies and haunting phrases as well as experimental constructions: super high highs, super low lows, and song structures that break the mold from the expected. Unlike her previous, critically-acclaimed 2015 album Liberman, which Carlton describes as having a calming, almost meditative palette, Love Is An Art reads, and sounds, "red." Huge. Passionate. The color of a beating heart.

"I want to run, but I won’t get very far," Carlton sings on "The Only Way to Love," the album's first official single. "Cause I can’t fight the force of my young beating heart. Like a soldier's steady march, answering the call. It’s the only way to love." It's a song about loving with everything you've got – that love itself is precious and rare enough to commit to, above all. "When you believe in a relationship, in a connection, you are actually believing in yourself," she adds.

Carlton has constantly challenged that belief, in both herself and the expectations that surround her throughout her lengthy, accomplished career: she attended both the School of American Ballet and Columbia University, and was discovered as a singer-songwriter/pianist when a cassette tape demo was given to legendary music impresario Ahmet Ertegun. With her debut single "A Thousand Miles," Carlton soared to the top of the Billboard charts and garnered multiple Grammy nominations, though that song is only a small fraction of the body of work and artistic identity she's developed since then, ever evolving and growing as a performer and songwriter. In the summer of 2019, she pushed that even further, making her Broadway debut as Carole King in Beautiful: The Carole King Musical.

There's a striking image on the cover of Love Is An Art: it's a delicate hand grabbing a tiger by the tail, but it's not meant to conjure the familiar colloquialism. Instead, it captures something different. It’s a about going after something bigger than you, more powerful than you, something that you’ll never be able to really control: but you grab it anyway. Something like love. That's the spirit of Love Is An Art – connections aren’t easy to make, and sometimes we fail. But it's always worth trying. As Carlton sings on "Die, Dinosaur," the hope comes when there's nothing left to lose.

"Why not grab the wild animal?" Carlton asks. "And see what happens?"

Jenny O. is a singer-songwriter from Los Angeles, California. She has released two albums (Automechanic, Peace & Information) and two EPs (Home, Work). Songs from these records can be heard in television shows like Orange Is The New Black, Shameless, Riverdale, and the video game Rocksmith. Jenny O. has been touring for a decade, opening for Father John Misty, Faye Webster, The Wild Reeds, Rodriguez, The Proclaimers, Rodrigo Amarante, Robert Ellis, Leon Russell, and more. A new album will be out Spring 2020.