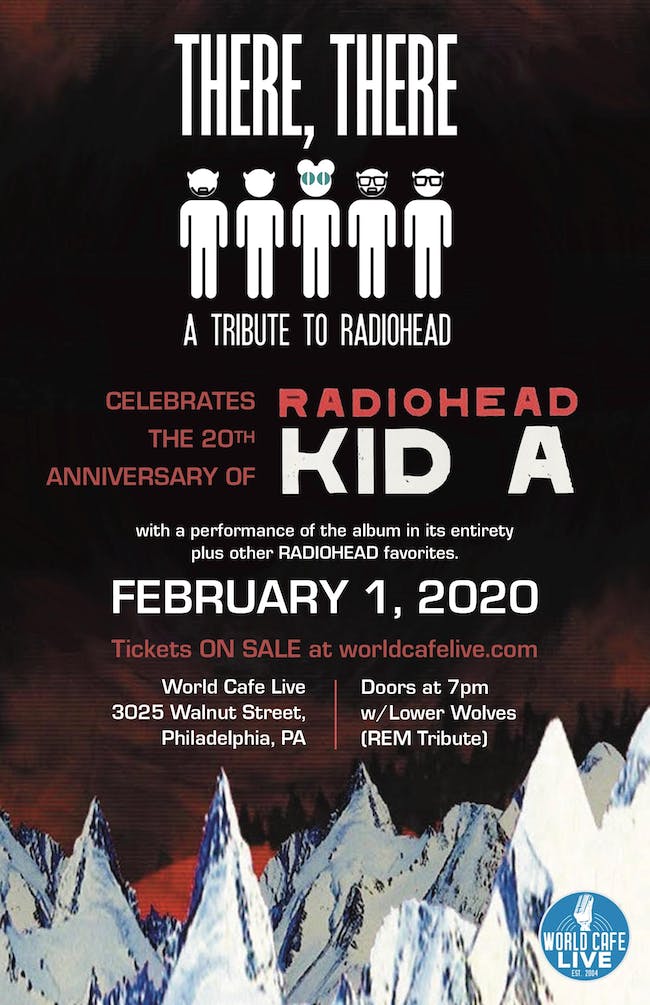 There, There Radiohead Tribute: 20th Anniversary of Kid A

The New York City Radiohead Tribute is a recently formed tribute band playing songs from Radiohead’s 25-year catalogue. The band, formed in the late summer of 2017, is a diverse mix of music veterans and newcomers to the NYC music scene.

For this special show, There, There will be performing all of Kid A in celebration of the 20th Anniversary of the album and many other Radiohead classics.

Focusing on R.E.M.'s early period as a beloved college/alternative live act, Lower Wolves performs R.E.M. covers from the years 1981-1987. A typical set includes album tracks, singles and obscurities delivered with the energy and intensity that characterized R.E.M.'s shows in the early ‘80s.

Or, as Kevin Kearney wrote in his great October 2018 article (http://www.furious.com/perfect/indiecoverbands.html) in Perfect Sound Forever:

"By the start of Lower Wolves’ set, the venue has filled to capacity. When Hogarty plays the opening notes of 'Begin the Begin,' the first track from 1986’s Life’s Rich Pageant, the room erupts in a chorus of whoops and yelps. Becker wears a tightly buttoned blazer and gestures every syllable emphatically. He stares out over the crowd, at no one in particular, looking a bit crazed as he recites the band’s often abstract and sometimes downright nonsensical lyrics. His voice sounds distinctly different from Michael Stipe’s, but it’s clear that he’s not concerned with pitch-perfect mimicry. Instead, he acts as conductor, waving his arms as he leads the crowd’s singalong. They hang on every chord change, dancing as they carelessly wave their drinks and sing into their friends’ ears. Kirsch repeatedly told me that they’re singularly focused on recreating the attitude and the energy of early R.E.M. shows, and they’re wildly successful: if anything, this night, in this sweaty room, is a lot closer to seeing R.E.M. in the early ‘80’s than it would be if the original members of R.E.M. were still playing together today. After a while, it’s easy to forget that we’re all in 2018 and not 1983.

Every three minutes or so, I see someone in front of me cheer in amazed recognition that they were hearing this song in person, forgetting, or maybe just not caring, that it wasn’t being played by the original members. And, really, in the moment that detail seems largely unimportant. After all, the only thing that’s changed is what the people in attendance -- on and off stage -- look like. But who can be bothered to think about that right now? I mean, come on: they’re playing 'Radio Free Europe.'”