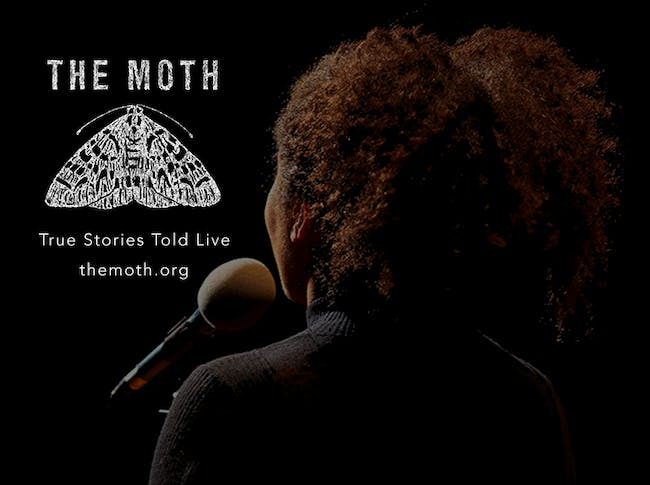 The Moth StorySLAMs are open-mic storytelling competitions which are held weekly in New York City, three times a month in Los Angeles, twice a month in Chicago, San Francisco, Boston and Michigan, and monthly in Louisville, Pittsburgh, Milwaukee, Portland, Seattle, New Orleans, Houston, and Minneapolis/St. Paul. They are open to anyone with a five-minute story to share on the night’s theme.

When the doors open, storyteller hopefuls put their names in The Moth “hat”. A half hour later, names are picked, and one by one, storytellers take the stage. The ten featured stories are scored by teams of judges selected from the audience. Each StorySLAM generates a StorySLAM winner. After ten SLAMs, the winners face off in our GrandSLAM Championships.

In addition to online sales, tickets will be available at the door for all StorySLAMs on a first-come, first served basis.