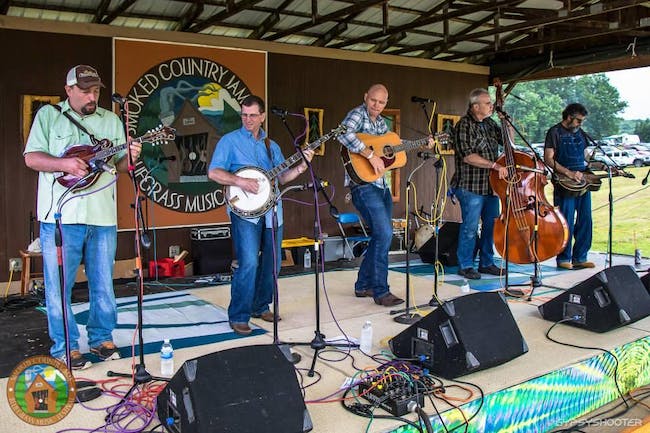 The Jersey Corn Pickers are a Philly area band that play original and traditional high energy bluegrass and americana music. Their style is informed by their love of old time, folk, rock, blues, traditional country, jamgrass and all manner of roots music. They love to perform and jam and that shines through in their shows.

Band members are JC Bell on mandolin, Steve Gallatig on guitar and vocals, Harry Gambrill on banjo and vocals, Larry Maltz on Dobro, and Mike McLane on upright bass and vocals.

After forming in late 2010, they began honing their chops playing shows all over the Philadelphia area. Before long, they were playing music festivals from Virginia to Maine, as well as appearing on the WXPN’s Folk Show multiple times with Gene Shay and Ian Zolitor. They have three records of original songs, The Jersey Corn Pickers, Lessons Learned, and the recently released A Little Something.

Their shows are rowdy affairs that will get your toes tapping and put a smile on your face!