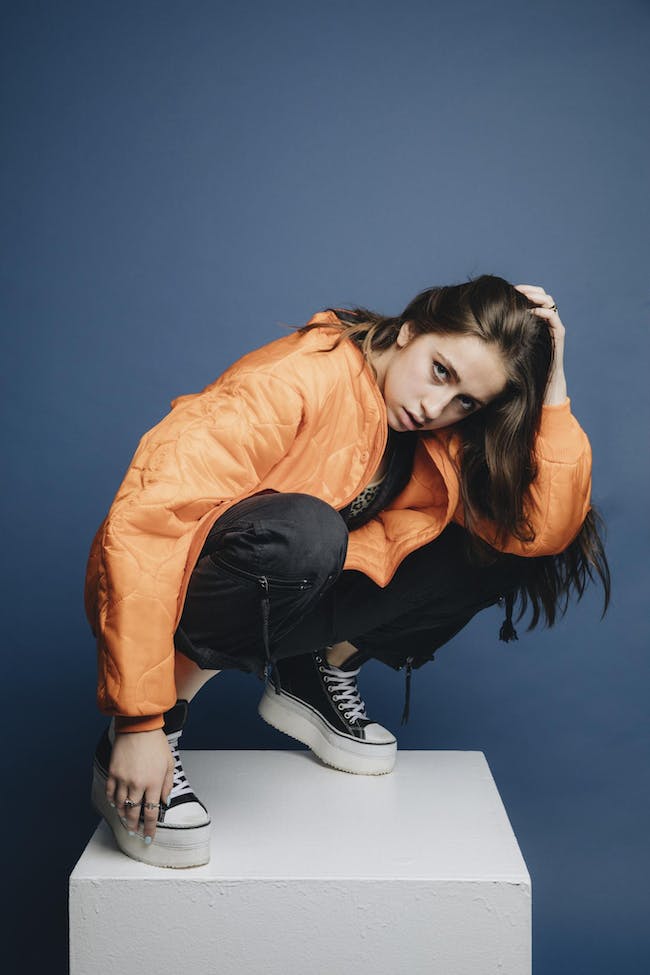 THIS EVENT IS BEING POSTPONED.

Under the watch of a stock computer camera and above a gaffer-taped-up digital keyboard, Tate McRae broadcasts un-delayed, unfiltered, and undeniable feelings straight from the heart. The Calgary, Alberta singer and songwriter transmits emotion in its purest form by way of intimate instrumentation and dynamic delivery. By the age of sixteen, she quietly amassed 129 million YouTube views and a total of 90 million cumulative streams in addition to winning over fans worldwide to the tune of 1.7 million YouTube subscribers and 932K Instagram followers.

Now, this vulnerable approach fuels her 2019 debut for RCA Records.

“My songs are all of the words I can never say,” she explains. “I have a very hard time conveying my feelings through speaking, so I write in order to express myself. I sit in front of the piano and try to tell a story. Writing is how I let out everything that’s happened to me. It’s my way of really communicating.”

It’s been that way for Tate ever since her most formative years. As a lawyer, dad’s occupation took the family around the world. Getting a passport by the time she could walk, Tate lived in Oman and traveled to Egypt, Vietnam, Dubai, London, Thailand, France, Germany, Switzerland, and Spain all before settling back in Canada at six-years-old. Her mom, a dance educator, taught dance along the way and emerged Tate in the studio listening to music and exploring movement. Traveling continued for Tate after they settled back in Canada this time as a guest artist to countries like Mexico, Australia and all over the US and Canada. Tate is known for her storytelling and emotional connection to music.

“Being around the world opened up my creativity,” she says. “I draw inspiration from everywhere I’ve gone to. I’m the kid with a huge imagination, so traveling just expanded my knowledge.”

At home, she always “performed for family and friends,” bringing the show online through the launch of her YouTube channel in 2011. Simultaneously, she made a name for herself as a competitive dancer, training formally since the age of eight. She placed second runner up on Season 13 of the FOX series So You Think You Can Dance, achieved the “The Best Dancer” honor three times at the prestigious Dance Awards, and hit the stage for performances on Ellen, The Teen Choice Awards, and beyond. Not to mention, she lent her voice to NETFLIX’s animated Lalaloopsy in the role of Spot Splatter Splash. As her fan base burgeoned, she decided to share her first original song on YouTube, delivering the single “One Day” live in 2018. The video exploded with 27 million views as the track racked up 30 million Spotify streams. “Teenage Mind” followed with 12 million Spotify streams, and she inked a deal with RCA Records.

“It’s a very dramatic and intense song, but it’s real and honest,” she admits. “It’s easy to get caught up in a relationship and take everything out on yourself. ‘Tear Myself Apart’ comes directly from the heart.”

As she readies more music and prepares to tour, Tate continues to connect on the deepest level possible—just like she did when she first started in her room back in Alberta.

“I just want to share my music with the world and hopefully make others feel something on a super personal level,” she leaves off. “My goal is for you to relate and hopefully be moved.”