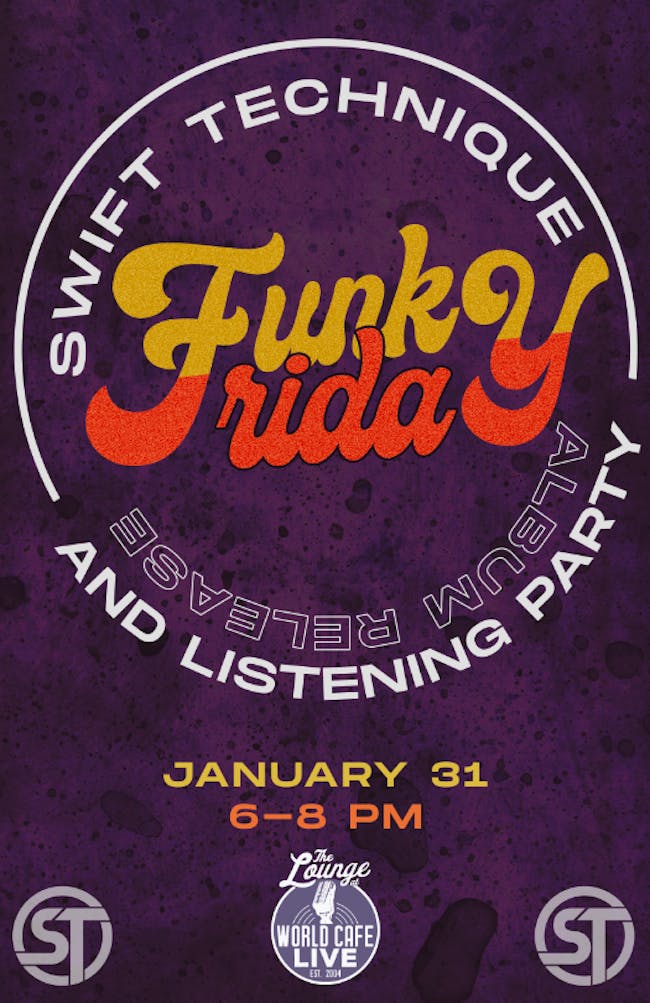 Swift Technique, Philadelphia’s multi-faceted musical collective, is sprinting into its 13th year at full speed! The band’s unique hybrid blend of funk, soul, rock, hip-hop and relentless showmanship has propelled the group into its most successful period to date. With potent, dynamic horn lines, thunderous bass and drums, driving guitar and keys, and more dance moves than you can shake a booty at, Swift Tech’s live performances are unmatched in energy, musicianship and pure feel-good fun.

Now, having steadily toured, performed and recorded all over the country since forming in 2007, Swift Technique, after releasing a couple of EPs and a few strong singles, is finally releasing their debut full-length album, the mysteriously titled Martian Farm. The album represents a milestone for the band, which has undergone a continual evolution in its live performances, songwriting abilities and communal approach to music.