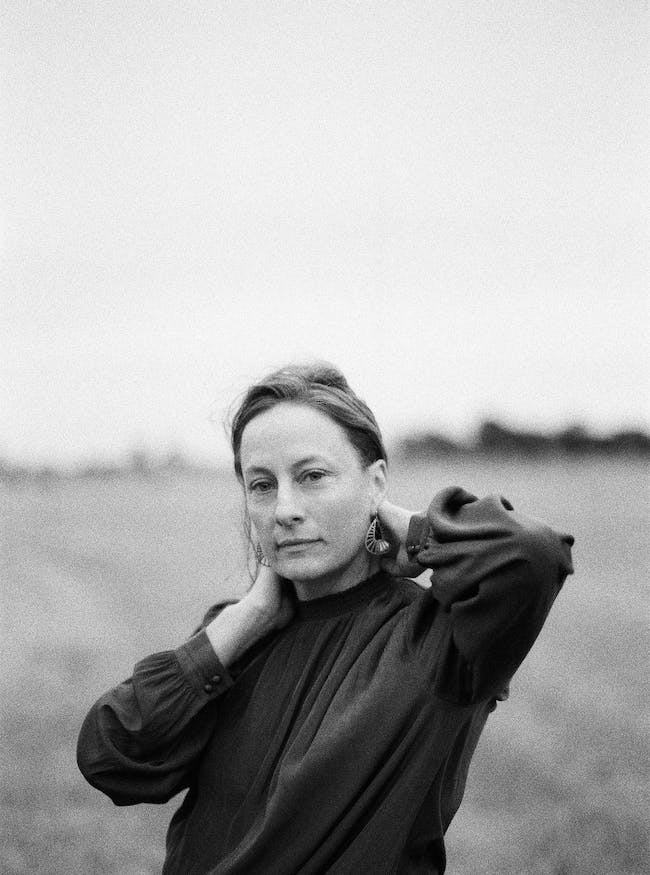 Are You Gone? – the first new album in a decade from Sarah Harmer – is a deeply personal and momentous collection of songs motivated by the beauty of life, the urgency of climate crisis, and the question of loss. The first song “New Low” is more than a return to music for the internationally celebrated singer-songwriter and activist: it is a definition of form, a call-for-uprising in the face of global disaster, at the most critical moment for Harmer to raise her voice – one of the most distinctive in Canadian music. The vitality of "New Low," its heedless pace, sharp guitars and exclamatory horns, bely the passage of time since Harmer’s last record, Oh Little Fire (2010). Nearly twenty years from the release of her debut, You Were Here (2000), Are You Gone brings a close to Harmer's period of musical quietude with a rousing artistic statement, rich in detail and emotion, from the heart and for the spirit. The multi-award-winning platinum-selling musician's long-anticipated sixth album will be released February 2020 on Arts & Crafts.

It’s rare for an artist to bridge the divide between critical acclaim and dedicated fan engagement. Chris Pureka is a Portland-based singer-songwriter whose body of work has resonated deeply with these seemingly disparate milieus. Her bold vulnerability in processing the intimacies of her life in song has long appealed to those listeners who crave authenticity. Now, five years coming, she shares with us another powerful entry in her life’s work, her sixth release, the aptly titled, Back in the Ring.

Chris’s elegant emotionality as a vocalist, and her flair and immediacy as a lyricist have garnered her favorable comparisons to Gillian Welch, Ryan Adams, Bruce Springsteen, and Patty Griffin. She’s earned accolades from such distinguished taste-making outlets as The New York Times, Paste, Magnet, Billboard.com, and The AllMusic Guide. She’s shared the stage with such diverse and esteemed artists as Dar Williams, The Lumineers, The Cowboy Junkies, Gregory Alan Isakov, Martin Sexton, and Ani DiFranco. Along the way, Chris has remained fiercely independent, selling nearly 50,000 albums through her own label, Sad Rabbit Records.

Chris’s journey in music mirrors her path toward self-discovery. At 16, writing songs became a way of journaling. “I was shy and introverted, and songwriting was a very personal process. I never had any intention of performing,” she shares. Post high school, she went on to complete a biology degree at Wesleyan University, and afterwards, worked in a microbiology research lab at Smith College. Meanwhile, she established a music career parallel to her biology work through touring and issuing a clutch of well-received indie releases. In 2006, when Chris found herself turning down too many opportunities as a musician, she shifted her priorities to become a full-time artist.

Her latest album, Back in the Ring, is Chris’s first studio full length since 2010’s critically acclaimed How I Learned to See in the Dark. “I’m not interested in releasing songs I can’t get behind or records I don’t love,” she says of the five-year span between albums. The title of her latest playfully suggests something of an artistic comeback, but it also references the album’s themes of relationship conflict and making the decision to fight back against dark inner demons.

“My music is the outward expression of the work I’m doing internally. What I do comes from my experiences, and I strive to express these experiences authentically. Speaking my truth, and being myself, is the way that I connect with people,” Chris confides. Her rise as an esteemed artist with captivating emotional integrity has been organic and always on her own terms. For someone who never had an intention of being a professional musician, it’s been a life of far-reaching changes and unexpected rewards.