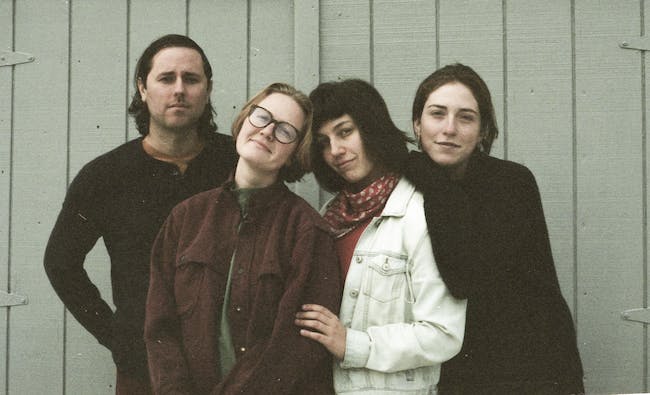 Ruby emerges at a point of tension. It is an ode to wild grandness of being alive: explosive joy, dissonant chaos and deep guttural rage.

The project is composed of the leadership and songwriting of Katy Hellman and the creative collaboration of Steven Lebel who together arrange songs that are both experimental and deeply familiar. They are supported by the powerful voices and musical talents of Maddie Rabin and Leah Goldman

Sadurn is the bedroom folk-pop project of songwriter Genevieve DeGroot. Although it began as a solo endeavor in 2017, the band has been consistently performing as an acoustic duo since the addition of guitarist Jon Cox. The two swap duties on nylon-string guitar and baritone ukulele, with Jon's expert embellishment complimenting the persuasive simplicity and honesty of Genevieve's songs. Their collaborative arrangements can be heard throughout most of Sadurn's second EP Release, "Gleam", which came out through Dead Definition Records last March. This performance will mark the band's debut as a 4-piece with the addition of drummer Amelia Swain and bassist Tabitha Ahnert.