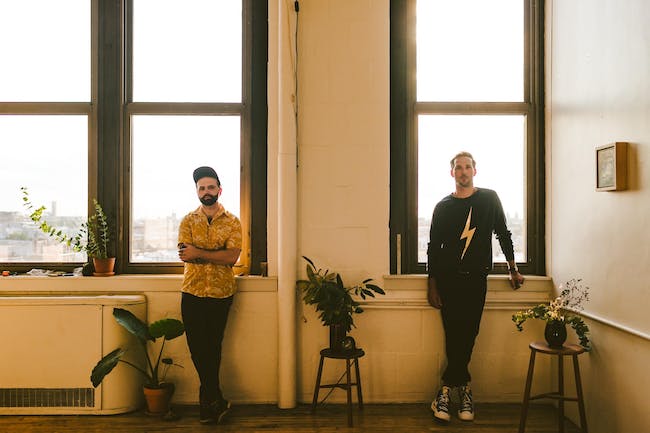 Drawing on elements of orchestral instrumentation, electronic, ethereal, and folk sounds, Rosu Lup’s music is as unique as the origin of their name -- which is Romanian for “red wolf.” The duo’s new album, The Ranger, works through difficult phases of life and finds them discovering hope along the way. Lead single “What You Need” premiered with Substream Magazine, with the outlet noting that it’s “a deeply nuanced, beautiful track that will have listeners thinking about it for a long time.”

“‘What You Need’ is a mosaic of sorts…” the band says. “The song itself explores the working out of a marriage that was dissolving, and the realization that it was what both individuals needed to move forward in life. We can’t expect ourselves to be all things to all people, and that’s ok.”

Rosu Lup’s second full-length album, The Ranger, was recorded between Philadelphia and Los Angeles. Drummer and producer James McAlister (Sufjan Stevens, The National) collaborated on the collection, performing drums, keys, and synth, to create a broader and more artistic music endeavor. “What You Need” explores a necessary ending, while “Young Love” reminisces on the past. “Come Back Home” explains how family is found in more than a building or a place, but the people in it.

Jonathan Stewart and Josh Marsh met in late 2013 and formed what would become Rosu Lup. They independently released a pair of EP’s, and recorded their first full-length record, Is Anything Real, at Miner Street Recordings in Philadelphia. There they collaborated with producers Brian McTear and Jonathan Low, as well as songwriter and producer Lou Rogai.