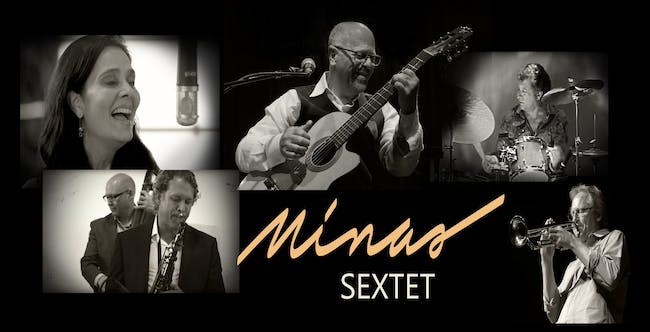 Bossa Nova began in Rio de Janeiro in the early 60s, when young Brazilian musicians incorporated American jazz into their samba music. This new music captivated American jazz players, who imported it to the north, and the Bossa Nova craze was born. Today, Bossa Nova is a venerated genre appreciated worldwide. Bossa Nova experts Orlando and Patricia Haddad have performed and studied Bossa Nova music for most of their career, incorporating American jazz standards in their repertoire, presented in a Brazilian jazz style. With an impressive catalogue of original compositions influenced by samba, jazz, and classical music, recordings of MINAS are available all over the world on streaming sites.

MINAS is built upon Orlando and Patricia's talents as vocalists, instrumentalists and composers. Their impact on the Philadelphia music and cultural scene has been a constant since 1984, when the couple moved from Rio de Janeiro to The City of Brotherly Love. They introduced Philadelphia audiences to Brazilian Carnaval, founded the city’s first samba drum troupe - Philasamba, and have presented educational programs introducing the music of Brazil in schools for more than half a million children. Orlando taught Brazilian Jazz and Percussion at The University of the Arts for ten years. With 6 CDs to their credit, many released at World Cafe, and a career spanning 4 decades, MINAS is one of the most sought-after Brazilian jazz groups in the United States. They have performed at Lincoln Center, Kennedy Center, all major venues in Philadelphia, and toured abroad in Brazil, Scotland and Portugal. MINAS has been indicated for several Grammy Awards and Patricia and Orlando’s compositions are featured in The Philadelphia Real Book of Jazz.