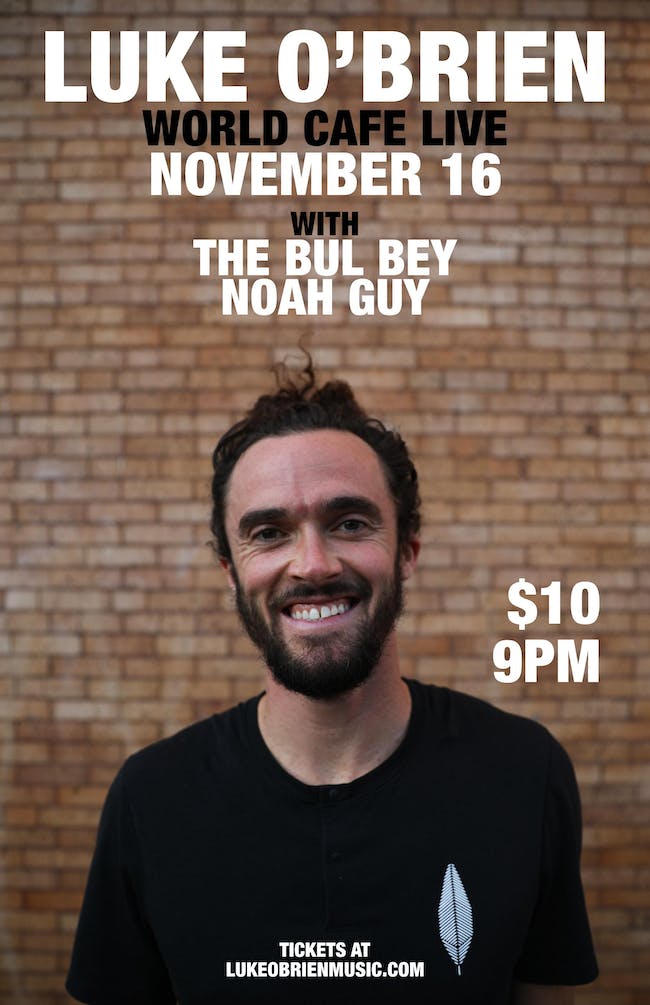 Luke O'Brien is a Philadelphia based singer, songwriter, rapper and producer whose tunes can be described as a healthy, positive blend of Hip-hop, Pop and Soul. Luke's writing stems largely from personal experience. His song "Old Love" which he used to propose to his now wife, Kathleen, was featured on Good Morning America where it garnered 1.2 million views! The track also just recently passed 400k streams on Spotify! Luke writes about his passion for love, music, equality, people, kids and his family and friends- he and Kathleen also recently took on the role of foster parent to a former student of his. When he's is not writing his own music, he works as a music counselor at a behavioral and emotional support school in Philly where he and his students make hot beats, pen fire bars and shoot dope music videos. No matter what the outlet, Luke's Purpose is to uplift others and inspire them to be the unique humans they were put on this earth to be.

Energetic Philadelphia wordsmith The Bul Bey has yet to take his foot off the gas. Emerging in 2014 as Media’s newest signee, Bey quickly assumed duties as the official host of the wildly popular Friends and Fam party fronted by DJ Matthew Law. Since then Bey has moved on to work with the likes of ! , Like (of Pac Div), Roots Crew affiliate STS and more. After the release of the infectious single “Where I’m From,” Bey continued to push forward with the release of the official video for the track and his lyrical gut punch of a full-length debut, the 2015 Shaking Hands and Kissing Babies LP. The Bul Bey is set for a strong 2018 having spent much of the last year in the studio. We're all in for a treat!

Never one to rest on his laurels, The Bul Bey hit the road soon after to promote the project with a series of dates in Los Angeles, Dallas, New York, Chicago, Orlando and even Dublin. Bey’s travels have found him headlining small venues and sharing larger stages with a diverse selection of celebrated rap veterans, including Oddisee, Rapper Big Pooh, Black Milk, Rapsody, Mickey Factz and Joell Ortiz.

Back in the studio working on the follow-up to SHKB, The Bul Bey is preparing to debut new music and embark upon new adventures in the coming months. Focused on both the feeling of the music and his Philadelphia roots, Bey is readying a release packed to the gills with plenty of candor, poetry and copious amounts of soul.

Bringing youthful curiosity and a bottomless pit of energy to every endeavor, The Bul Bey moves closer to his career goals of crushing every stage and owning each sweat-drenched second of euphoria that is the magic hour.

20 year old Philly native Noah Guy, has quickly turned heads since the release of his debut single “Love Like I Do”, a track that he wrote and recorded from the basement of a collaborator/childhood friend. Following the initial success of the song, he connected with artist Luke O’Brien, who offered guidance, friendship, and connections that got him fully immersed in the Philly music scene.

Noah’s sound trends towards R&B and Soul, but his work draws from a variety of influences and refuses to be placed in a box. He cites producer J Dilla and The Soulquarians as having a huge impact on the way he understands and approaches musicianship. Overall, one thing is certain about the music making of Noah Guy—it’s just the beginning.