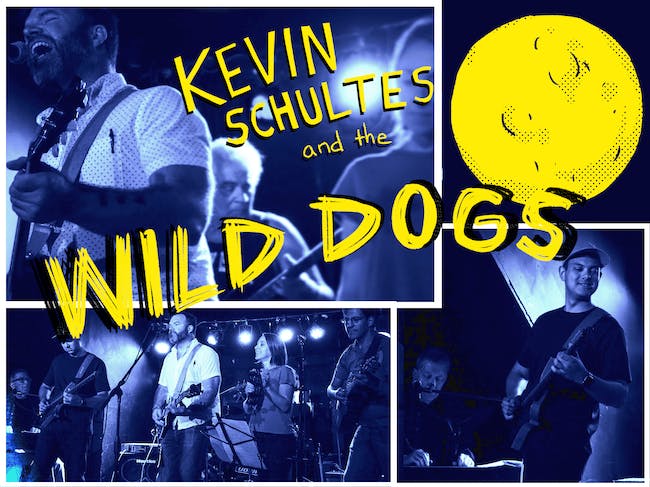 Kevin Schultes and the Wild Dogs

Kevin Schultes and the Wild Dogs is a Philadelphia based group delivering a unique rock and roll experience, rich with powerful vocals and sweeping harmonies. After the 2018 release of his first EP, These Things Shall Pass, Kevin Schultes assembled a wild pack of musicians to bring his music to the stage, along with a diverse mix of classics. Banded by brotherly love, cheesesteaks, and all things Philly, these Wild Dogs are as eclectic as their set list, drawing from influences across genres that will have crowds howling at the moon.

The theatrical rock-pop called 'Soul Glam' band Archpalatine is fronted by vocalist & keyboardist, Derek Anthony Wilson. Clad in bombastic, self-designed vestments - Anthony Pompey, Eric Allenson, Ben High, and Dave Coulson back their commander, leading a musical crusade against bad feelings. WXPN’s the Key writes the quartet "stands out like a bright ray of joy against the darkness,” with earworm singles like Turbulence and Fire, which can be heard off the band’s sophomore release “Amalgam.” Archpalatine is currently in the studio tracking their next album. Illuminate your ears with “the closest thing to Queen in the Philadelphia area.” –John V.