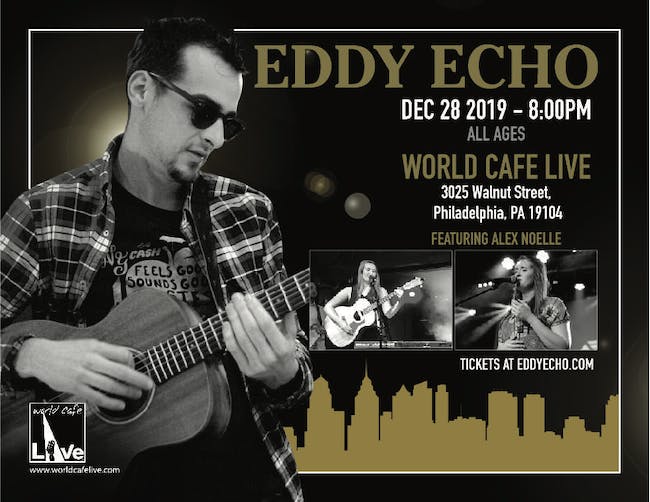 Eddy Echo (Also stylized Edwierd Echo) is an independent singer-songwriter and music producer based out of NYC. Eddy combines classic influences and modern production technique to create songs with concrete lyrical themes and energy. He cites and eclectic range of influences ranging from The Beatles and Marvin Gaye, to Jay-Z and Daft Punk. With the 8 second average human attention span in mind, Eddy aims to envelop listeners into the story using what he has learned from his years dissecting popular music. With the release of his second album "Suspended Belief" Eddy plans to bring his music on the road with the support of his band. Eddy possesses a blind optimism toward life that sometimes gets him into trouble, but always leaves his glass half full. He uses his songs to shine a light on the good things in life, and believes in the power of music to combat the struggles we all face.