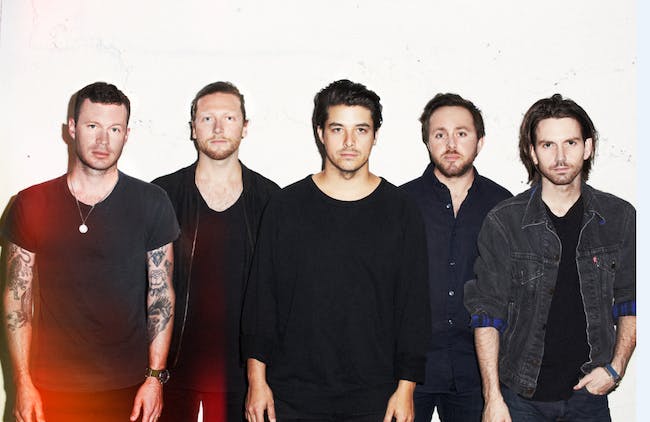 Pitching its style between indie rock and alt-country, Delta Spirit features bassist Jon Jameson, drummer Brandon Young, vocalist Matthew Vasquez, multi-instrumentalist/vocalist Kelly Winrich, and guitarist Will McLaren. The band began when Jameson and Young's former band, the San Diego-based emo outfit Noise Ratchet, called it quits in 2004. Seeking a rootsy sound, the pair joined forces with Vasquez, Winrich, and founding guitarist Sean Walker. In 2006, the band issued their debut EP, I Think I've Found It, and hit the road alongside Cold War Kids and Dr. Dog. The following year, they self-released their first full-length Ode to Sunshine; after Delta Spirit signed to Rounder Records, the label reissued a remastered version of the album in 2008.

Earning acclaim for their recordings as well as their live show, the band began recording songs for its second album at Prairie Sun Studios in 2009. The finished product, History from Below, was released in June 2010. Just before Delta Spirit's self-titled third album arrived in 2012, Walker left. Soon after, they moved from Long Beach, California to Brooklyn, New York. In 2013, the group contributed an exclusive song, “Running,” to the soundtrack of the AMC show “The Walking Dead.”

Delta Spirit returned in 2014 with Into the Wide, a darker, heavier set of songs written and recorded in the practice space they'd rebuilt near an Atlanta shipping yard after Hurricane Sandy's devastation. It was recorded with producer Ben Allen (who has also worked with Animal Collective and Deerhunter). It became their most successful album yet, both commercially and critically, and Vasquez also began recording solo singles and EPs, culminating albums Solicitor Returns (2016), Does What He Wants (2017) and Light'n Up (2019).

The band came to be while Rodriguez was on tour as the guitarist for indie pop darlings, Cults. “I was writing all the time and everywhere, but recording was an inevitable challenge,” says Rodriguez. Incessantly in transit, he pieced together creative spurts in all kinds of cities and circumstances — shared hotel rooms, the backseats of touring vehicles, generous friends’ makeshift setups. The road as studio instilled a scrappy energy in Hideout, a brittle brilliance that flashes in light of turbulence and makes for a dynamic collage of experiences, both sonic and emotional.

Rodriguez’s debut album Rookie quickly caught the attention of indie tastemakers and launched a growing audience’s demand for more. In the time between its release and Rodriguez’s readiness to turn to new material, his brother committed suicide. The tragic event shifted Rodriguez’s life in entirety, music included. His work became both a coping mechanism and an ode. He began blending fiction into his songwriting — playful takes on sci-fi, specifically — to soften the reality he was forced to meet and creatively working to heal. This stark contrast between sound and sentiment became an integral element in Hideout’s output: super infectious indie pop laden with the off-kilter, unexpected, and absolute darknesses of living.

The album that followed, So Many Hoops, So Little Time, was the first to feature Manhattan-based artist Scarlett Stephenson-Connolly, whose vocals became necessary kindling to Rodriguez’ rising heat. Critics including Billboard, KCRW, and Stereogum took notice, as did artists of similar scope. Hideout went on to tour alongside Ra Ra Riot, Shannon and the Clams, Matthew Logan Vasquez, Overcoats, Frankie Rose and more.

Since, Hideout has released a series of singles and hinted at a new full-length to come in 2020. Rodriguez says of his unfettering instinct to create, “There is no specific goal or doctrine to which Hideout adheres. If anything, it’s simply to connect. To find a listener who knows what I'm talking about. Who knows the feeling.”