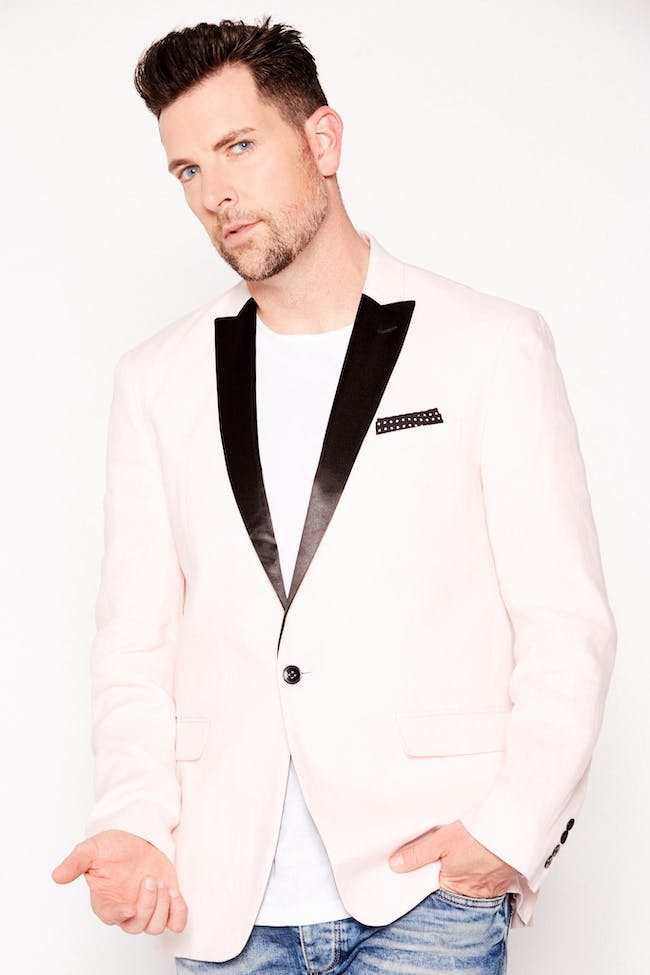 Mann lit up a global audience with his 2012 post Super Bowl XLVI performance on NBC’s The Voice which was watched by a record-breaking 37.6 million viewers. His chart-topping duet with superstar Christina Aguilera solidified him as one of the most unique voices in the history of the show.

Continuing his meteoric rise, Mann then starred in his own concert and holiday TV specials for PBS, Chris Mann In Concert: A Mann For All Seasons and Home For Christmas. Riding the wave of success, he toured to sold-out audiences across America, Mexico and Asia.

As one of the most sought-after talents in music, television and on stage, Mann was personally cast by Sir Cameron Mackintosh and Lord Andrew Lloyd Webber as The Phantom in The Phantom of the Opera's 25th Anniversary Tour. Mann donned the iconic mask for over 700 performances with critics hailing him as “the best Phantom since Michael Crawford.”

Mann is currently touring the country with his hit new concert, From Gershwin to Gaga: Celebrating the Tony Bennett Songbook. Audiences are rejoicing the evening celebrating the long and diverse career a living legend. From American Songbook and Broadway classics to Lady Gaga hits, Mann delivers a dynamic, one of a kind show of Tony Bennett’s music reaching every generation and proves that, truly, "Love is Here to Stay."

His latest studio release, NOISE!, features feel-good singles penned by Mann. The sound dons bass-filled urban swagger topped with vintage horns and soulful, falsetto melodies harkening the best of Justin Timberlake and John Legend. The result is a brand of soul pop that’s mannered, even elegant, while making you want to dance all around the room. NOISE also features a powerful duet with one of Mann's idols, Grammy-winning artist, India.Arie.

Mann has performed with the National Symphony for President Barack Obama, headlined at The John F. Kennedy Center for the Performing Arts in Washington, D.C., at New York City's famed Christmas in Rockefeller Center Concert and starred in his own symphony tour across the country. He has also performed on Ellen, The Today Show, Conan, and The Tonight Show with Jay Leno, The Late Late Show with James Cordon and Christmas in Washington. He was also an original member of the Dalton Academy Warblers on the hit TV show Glee.

Matthew Schuler was born outside of Philadelphia in Bucks County Pennsylvania to Pastors Donald and Dawn Schuler. During his second semester at West Chester University, Matthew took the first steps towards pursing his dream as an artist by auditioning for NBC’s Emmy award-winning competition reality series The Voice.

During Matthew’s blind audition he broke the record for the fastest 4-chair turn in The Voice history, which is ultimately led to joining team Christina Aguilera. His time on The Voice was hailed by performances of iconic songs from Cosmic Love by Florence and The Machine and Miley Cyrus's Wrecking Ball, One Direction's Story of my Life, and most notably his rendition of Leonard Cohen's Hallelujah which hit number one on the iTunes Charts and #40 on the Billboard Charts for several weeks. He was later referenced as one of the best blind auditions of all time by coach Christina Aguilera in a recap of the best moments in the past 10 seasons.

Soon after his departure off The Voice, Matthew performed in a sold-out show in front of thousands, for Jamaica’s Shaggy and Friends Music Festival that helps raise funds for the Bustamante Children’s Hospital, alongside acts such as Ne-Yo and Sean Paul. Matthew also collaborated with Shaggy on a track called Lovin You, which had a limited release only in the Caribbean. Matthew has done corporate performances for major Fortune 500 companies, performed at German military base for the U.S. Armed Services, opened for Diana Ross at a private event, and donated his time and talent to organizations such as the Make a Wish foundation. Matthew has been a part of two major films, and been on the soundtrack for one other. Matthew is currently preparing for The Voice Neon Dreams, a live interactive show in Las Vegas with former cast members from past seasons of The Voice.

His highly-anticipated debut EP Baby Steps, is set to release on January 26th