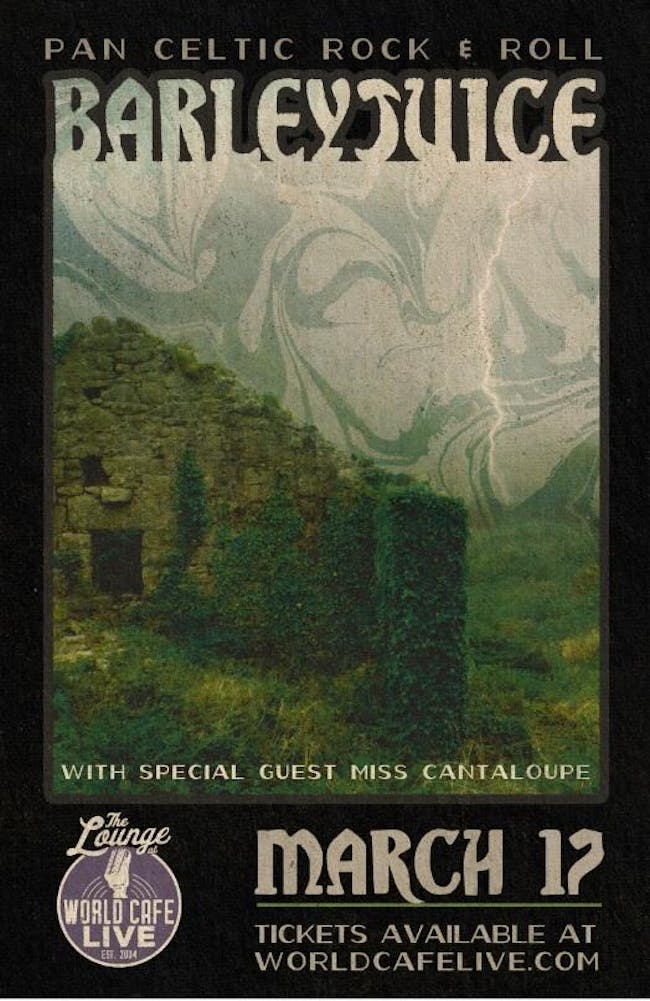 A version of their original “Celtic Girl” can be found in the Hallmark Channel movie Forever in My Heart, which aired September 2019.

Marvel’s Cloak & Dagger featured “The Hard Life of Ivan MacRae” in a 2018 episode.

“Whiskey Maid” was audible in Fox Network’s Gotham in a November 2017 episode.

Strains of "Donnie Scot" can be heard in the Sly Stallone film, Driven.

NBC's The Office featured "Weekend Irish" in a March 2010 episode.

iTunes includes "Whiskey To The Sea" on their Celtic Essentials Collection.

Highlander Radio's listeners voted "What's Up Yours?" Song of the Year in 2005, "Celtic Girl" in 2008, and the band remains in the top ten on celticradio.net to this day.

With six studio albums and a double CD collection in their sporrans to date, these five spirited yanks have made themselves one of the most beloved celtic rock bands in the US.

Frontman Kyf Brewer pens the majority of the group’s originals and lithely covers lead vocals, guitar, accordion, harmonica, mandolin, bouzouki, piano and bagpipes. He originally piped in the Loch Rannoch Pipe Band, and performed in Edinburgh’s Millennium March for Prince Charles. Kyf’s been a pro performer since his first band, The Ravyns, produced the hit "Raised on the Radio" for the 1982 film Fast Times At Ridgemont High, and his second internationally known group, Company of Wolves released their eponymous 1990 Polygram album to critical acclaim.

Backing Brewer is a mad quartet of characters: guitar virtuoso Chris “Shep” Shepherd handles mandolin & conventional electric & acoustic guitars with his trademark flair and panache; captivating fiddler Kyle Blessing’s classical roots stray to bluegrass and country in the middle of the most authentic jigs & hornpipes; drummer Bogi Trifunovich is a powerhouse of driving decadence, while hopping bassist Eric Worthington is the musical snake-charmer of the deep and dulcet.

The ayes have it - Barleyjuice is a grand group of talented tunesmiths and prodigious performers, and the absolute best time you can have at a concert without removing your kilt.